In Bullies’ Hands, Nuts or Milk May Be a Weapon 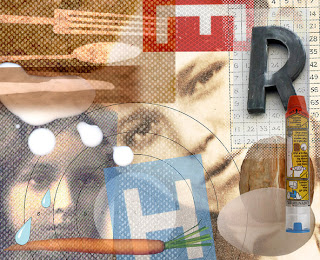 Any difference can set schoolchildren apart from their peers and potentially make them a target for bullying. But a severe food allergy is a unique vulnerability: It takes only one lunch or cupcake birthday party for other children to know which classmates cannot eat nuts, eggs, milk or even a trace of wheat.

It can take longer for them to grasp how frightening it is to live with a life-threatening allergy.
Surprisingly, classmates may prey on this vulnerability, plotting to switch a child’s lunch to see if she gets sick, for example, or spitting milk at a child’s face and causing a swift anaphylactic reaction.

In a recent survey of 251 sets of parents and children with food allergies, published in Pediatrics in January, roughly a third of the children reported being bullied for their allergies. Parents knew about the threatening behavior only half the time.

Dr. Robert Wood, the director of pediatric allergy at Johns Hopkins Children’s Center in Baltimore, gets “very frequent reports” of bullying from patients and their parents, he said. Just last week, one child’s face was touched with peanut butter, endangering the child. Typically, bullying is not as extreme, but the phenomenon has “been there the whole time,” he said.

Now, however, the issue is starting to earn attention. In May, Food Allergy Research and Education, a nonprofit group in McLean, Va., released a public service announcement highlighting the issue that featured a pupil lamenting the cafeteria as a “scary place.” It has more than 17,000 views on YouTube, has been shown on the CW network, and spurred dozens of parents to share unnerving anecdotes on the group’s Facebook page.

“Bullying should never be regarded as a rite of passage,” said John Lehr, the chief executive of the group. “It’s never a joke, but food allergy bullying is really not a joke because someone can be taken to the emergency room.”

Children’s National Medical Center in Washington just hired a psychologist to join its food allergy program, in part to help young patients who feel isolated or are being bullied. Dr. Hemant P. Sharma, the director of the program, said a third of the center’s patients report being bullied.
Every few months, a child recounts being force-fed an allergen, Dr. Sharma said, adding, “Even if it’s just a child who feels singled out because of their food allergy, it compounds the emotional burden.”

Indeed, some children with food allergies get distressed or anxious. Dr. Wood routinely sends children to a psychologist “because they won’t touch a doorknob or use a bathroom, because they fear inadvertent exposure to their allergen.”

The Jaffe Food Allergy Institute at Mount Sinai Medical Center in Manhattan not only offers children and parents counseling after bullying, but will call principals on a patient’s behalf.

Victims of bullying don’t always tell their parents. But Miles Monroe, 8, of Bethesda, Md., who is allergic to milk, eggs and wheat, told his that he didn’t feel comfortable in the lunchroom after a classmate held a Kit Kat candy wrapper near his face and kept chanting, “You can’t eat this!”
Miles wasn’t “scared he would get sick from it, but he felt attacked,” said Courteney Monroe, 44, his mother and the chief marketing officer for National Geographic Channel. Miles’s understanding teacher nipped the problem in the bud by talking to the yeller about what it would be like if he could not eat his favorite food (bad), or got teased about it (worse), or had to go to the hospital if he ate it (until then, that outcome was inconceivable).

Not every teacher is as concerned. “Food allergy-related bullying does not always stem from peers, but from adults, such as teachers,” said Elisabeth Stieb, a nurse at the Food Allergy Center at Massachusetts General Hospital in Boston.

Bullying is distinct from ordinary teasing. What separates them is not only a power differential between the children, said Dr. Rashmi Shetgiri, a pediatrician and researcher at University of Texas Southwestern Medical Center, but that “someone is intentionally trying to harm someone else.”

Just as cyberbullies use electronic devices to hurt others, food allergy bullies “are asserting their power using the allergen,” Dr. Shetgiri said.
2 comments: